ELIZABETH D. LAPORTE joined JAMS after more than two decades as a United States magistrate judge for the Northern District of California. From 2013 to 2015, she served as the chief United States magistrate judge for the Northern District of California. As a magistrate judge, she presided over numerous civil cases, with a robust docket that included matters of patent, trademark, copyright, business, class actions and mass tort, employment and discrimination, insurance, environmental, antitrust and civil rights litigation.
Judge Laporte is known for helping to shape patent and intellectual property case law and for advancing the court’s e-discovery procedures. Her colleagues and the legal community consider her among the leading legal thinkers on e-discovery issues. For her efforts, she earned the Judicial Leadership Award from the Electronic Discovery Institute in 2015. She also launched the Northern District’s Women Attorneys Advocacy Project, which seeks to promote gender equality in the legal community.
Judge Laporte has received high praise for her legal acumen and settlement skills, most recently from the Almanac of the Federal Judiciary and the Daily Journal. She is regularly invited to speak on panels for continuing education of attorneys and judges on a variety of legal topics, including intellectual property, settlement, e-discovery, employment law and jury trials. She is also the author of numerous legal publications.
Judge Laporte previously served as the alternative dispute resolution magistrate judge for the Northern District of California. She has conducted hundreds of settlement conferences and resolved hundreds of discovery disputes, as well as presided over numerous cases from start to finish, including through summary judgment and/or trial.
Judge Laporte is currently a member of the Board of Governors for the Northern California Chapter of the Association of Business Trial Lawyers, and a member of the Cross-Border Privilege Issues Brainstorming Group, The Sedona Conference.
Judge Laporte is a graduate of Princeton University and Yale Law School and is a Marshall Scholar, with an M.A. from Oxford University.
Speaking At
Advocating for Yourself 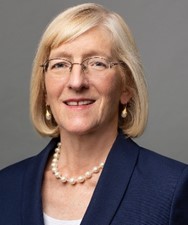