In 2020, Dale was recognized as one of "Hollywood's Top 100 Attorneys" by The Hollywood Reporter. In 2019, Dale was selected for the Lawdragon 500 Leading Lawyers in America “Hall of Fame.” In 2018, Dale was recognized as a “Litigator of the Week” by The American Lawyer. In 2017, Dale was named “Outstanding Litigator: New York” at Managing IP’s North America Awards. Dale has been named one of Benchmark Litigation's Top 250 Women in Litigation in the 2012–2022 editions. In The World's Leading Trademark Professionals 2017 and 2021 report by World Trademark Review, Dale was recognized in "enforcement and litigation." In 2016, Law360 named Dale one of the 25 “Icons of IP,” who have “made an indelible mark in the IP area.” Dale was named in The 2016 BTI Client Service All-Stars report by BTI Consulting Group. In 2013, The National Law Journal selected Dale as one of the “100 Most Influential Lawyers in America.” The National Law Journal had previously named her one of “America’s Top 50 Women Litigators,” one of the “50 Most Influential Women Lawyers in America,” and one of “The Most Influential Lawyers” for media and entertainment. Dale has repeatedly been ranked as a “top tier” lawyer by Chambers Global and Chambers USA, which describes her as “one of the best lawyers in the country” in her field who combines “intellectual acuity” with a “tough, hard-working attitude”; a “superb litigator” who “thinks quickly on her feet and vigorously defends her clients.” Euromoney Legal Media Group also named Dale as “Best in Copyright [in] the Americas” at its inaugural Americas Women in Business Law Awards in 2012 and in 2013, and in 2014 was awarded “Best in Trademark [in] the Americas.” Dale also was included in Euromoney’s Benchmark guide, “The Top 250 Women in Litigation.” Dale was also selected as one of the “20 Most Influential Women in IP Law” by Law360. Managing Intellectual Property selected Dale as one of the six “Outstanding IP Practitioners” in the United States, and named her trial victory for J.K. Rowling on the high-profile “Lexicon” fair use case as the “Copyright Trial of the Year.” IP Stars has named Dale one of the “Top 10 Women in IP.” Dale was listed as one of Lawdragon’s 500 Leading Lawyers in America in the 2013-2014 and 2014-2015 guides. The Legal 500 U.S. recognized Dale as a “leading lawyer” in the areas of copyright and trademark litigation. The World Trademark Review recognized Dale as a “Trademark Experts’ Expert.” IP Law & Business recognized her as one of the “Magnificent Seven - IP’s Best Young Trial Lawyers.” Dale was selected for The Best Lawyers in America in the area of Intellectual Property Law. She also has repeatedly been named by Super Lawyers among “The Top 100 New York Lawyers” and “The Top 50 Female New York Lawyers,” and was profiled in the feature story “Truth, Justice and the Cendali Way” in the 2007 New York Metro edition of Super Lawyers Magazine. World Trademark Review named Dale a "revered branding expert" who "remains keenly engaged in the development of the law. Dale has been recognized by the Harvard Law Bulletin as one of Harvard Law School’s “Nifty 50,” celebrating 50 of Harvard Law School’s alumnae. Dale was also selected as a litigation star in the 2013 edition of Benchmark Appellate. Kirkland was named by Managing Intellectual Property in 2014 as “Trademark Contentious Firm of the Year-Nationwide.”

Dale is also an adjunct professor at Harvard Law School, teaching copyright and trademark litigation. She is also a prolific writer and has long been active in the bar. In 2010, INTA elected Dale to serve as Counsel, the highest-ranking position in the organization for an outside counsel. She also previously chaired INTA’s Dilution and Enforcement Committees, and is the current chair of INTA’s inaugural Copyright Committee.

Dale was also the Vice Chair of the Copyright Division and chair of the IP Special Issues Division for the IP Section of the ABA, and currently serves on Council for the ABA IP Section. Among many other positions in the bar, Dale is also the former Chair of the Trademarks and Unfair Competition Committee of the Association of the Bar of the City of New York. In 2015 Dale was selected as an Adviser for The American Law Institute’s project, Restatement of the Law, Copyright.
Speaking At
Hot Topics in IP Law - presented by Kirkland & Ellis LLP 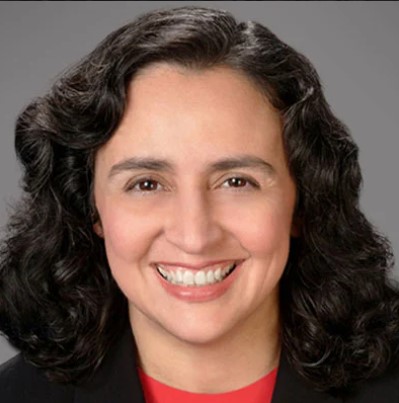