Katherine has received numerous professional honors. She is an elected member of the American Law Institute, was named one of Best Lawyer’s Women of Influence in 2017, one of the Top Women Lawyers in Leadership by the Women’s Bar Association of Illinois in 2016, and one of “40 Illinois Attorneys Under Forty to Watch” by the Law Bulletin in 2014. Katherine is a longtime advocate for women in the legal profession and a past-president of the Coalition for Women’s Initiatives in Law. Katherine and her fellow ChIPs board member, Sarita Venkat, also co-created and co-host the podcast Heels of Justice which tells the stories of women lawyers.

Katherine received her J.D. and B.A. from the University of Pennsylvania, received her M.S. from the London School of Economics, and clerked for the Honorable Diane P. Wood on the U.S. Court of Appeals for the Seventh Circuit. Katherine lives in Chicago with her husband Rob and daughter Lois.
Speaking At
State of the ChIPs Union 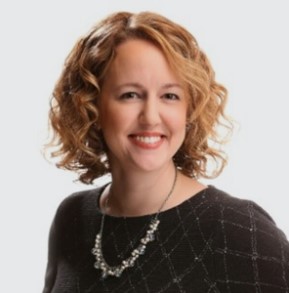