Full Name
Juanita Brooks
Job Title
Principal
Organization
Fish & Richardson
Speaker Bio
Juanita R. Brooks, is a nationally recognized trial and appellate attorney who focuses on complex intellectual property, product liability, and mass tort litigation. She is an innovative, formidable litigator with a demonstrated, near-perfect winning record in complex, highstakes lawsuits that few trial attorneys can match.
A master storyteller, Ms. Brooks paints pictures with words to explain the complex technologies at the center of her matters to judges and juries in a way that is both understandable and compelling and will be remembered throughout the trial. Law360 named her an “Icon of IP” for her “skill at trying complicated patent cases without getting bogged down in the technical weeds” and said she is a “jury whisperer.” She has also been heralded by the American Lawyer as “a titan of the patent bar” upon receiving the Litigator of the Year honors.
Her skill at connecting with courtroom audiences has made her a go-to litigator when the stakes are high for companies that range from startups to Fortune 10 corporations. Ms. Brooks’ successes in patent litigation have protected billions of dollars in sales for her clients and have helped define the ever-evolving landscape of patent and IP law. Her clients represent a cross-section of cutting-edge industries including software, medical device, pharmaceutical, and electronics.
Having handled more than 150 trials during her career, Ms. Brooks is highly skilled at cases that rest, in large part, on expert analysis, testing, and testimony. Utilizing Fish’s science and technology-intensive expertise, she crafts novel, outside the box legal strategies.
Her ability to present and challenge expert testimony in court has been a decisive factor in courtroom victories. In one case the trial judge noted that the opposing expert’s “credibility was eviscerated on cross-examination” by Ms. Brooks.
Throughout her 41-year career, Ms. Brooks’ numerous trials have resulted in notable wins. In 2018, the Federal Circuit unanimously affirmed a decision for her client Gilead Sciences in which Ms. Brooks successfully wiped out a $200 million damages award by convincing the court that opposing party Merck was guilty of unclean hands. In defense of client Microsoft, Ms. Brooks scored a huge jury win in 2017 in which the plaintiff originally demanded $63 million in damages. The jury returned a noninfringement verdict on every claim, awarding nothing to the plaintiff. Also, in 2017, Ms. Brooks represented GlaxoSmithKline (GSK) in a patent infringement lawsuit involving GSK’s highly-successful drug Coreg. By utilizing a novel patent infringement theory, she convinced a jury that the defendant had willfully infringed and GSK was award $235 million in damages. In 2016, she led a team that successfully defended one of the largest mass tort/wrongful death cases in the United States, which included 12,000 cases (some of them class actions representing hundreds of individual plaintiffs).
As a Latina, Ms. Brooks has shattered gender and ethnic barriers to become one of the U.S.’s top IP litigators, having received numerous honors for her courtroom successes and her devotion to the practice of law. In October 2018, she received a National Women In Law Lifetime Achievement Award from Corporate Counsel. In 2017, Ms. Brooks was inducted into the California Bar Trial
Lawyer Hall of Fame, the first Latina honoree and only the third inductee from San Diego to receive this honor.
While she tries cases nationally, she is also very active in her local community and played a significant role in drafting the original and the subsequent amendments to local patent rules for the Southern District of California.
As an elected member of the firm’s Management Committee, Ms. Brooks has championed policies that have changed the culture and diversity of Fish and become blueprints for similar policies at other firms.
After graduating from Yale law school, Ms. Brooks returned to San Diego and worked for Federal Defenders, Inc. She eventually opened her own practice, the first Latina women attorney to become a criminal defense solo practitioner in the community. She went on to be a partner in a preeminent international law firm before joining Fish in 2000.
Speaking At
Judicial Perspectives and Trends in Intellectual Property - Thanks to support from Fish & Richardson 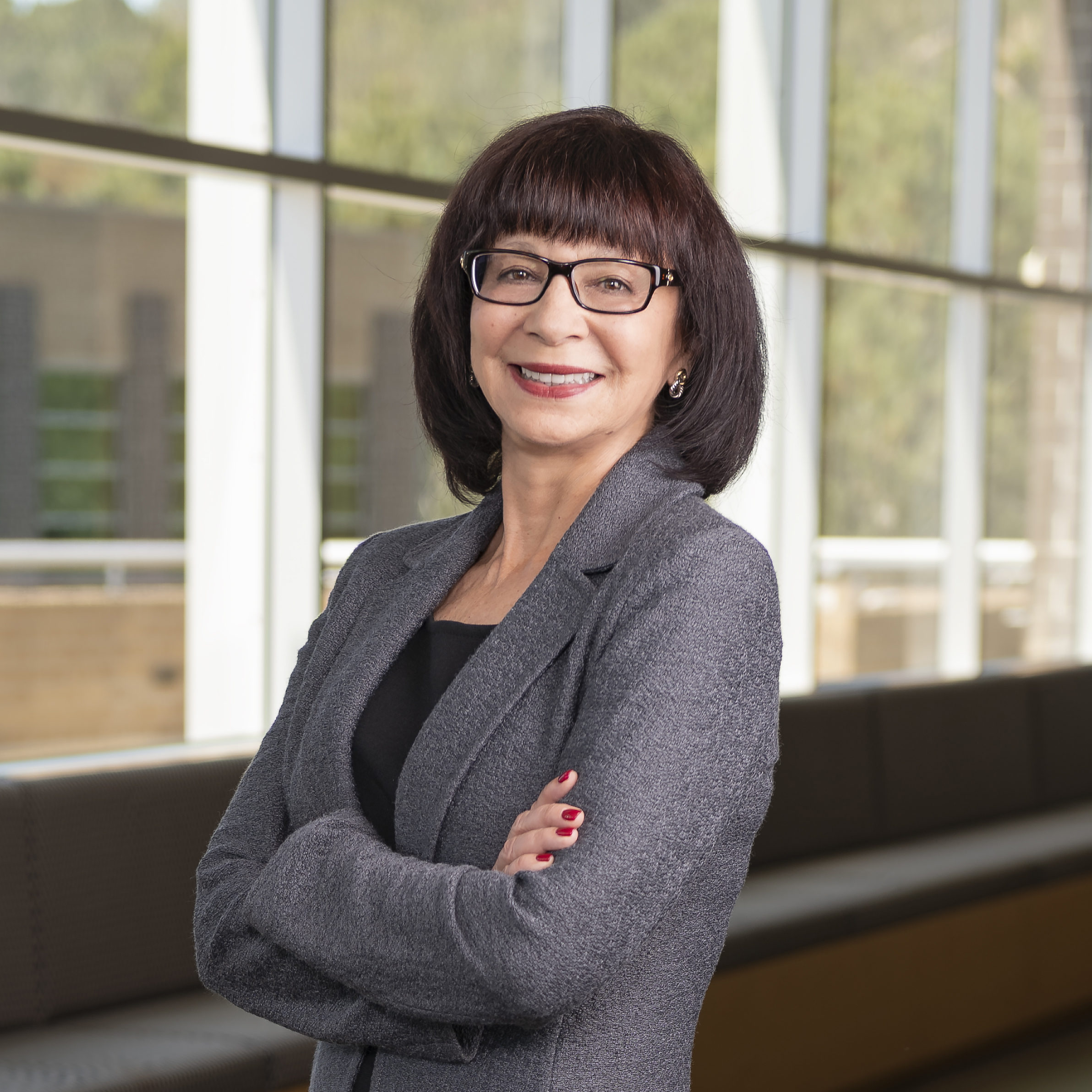