Full Name
Dorian Daley
Job Title
Executive Vice President and General Counsel, Oracle Corp; Board member, Panetta Institute for Public Policy
Organization
Oracle Corporation (ChIPs Board Director)
Speaker Bio
Dorian Daley serves as Executive Vice President and General Counsel of Oracle Corporation. Ms. Daley began her career at Oracle in 1992 after practicing in the commercial litigation group of Landels, Ripley & Diamond in San Francisco. She is a 1986 graduate of the Santa Clara University School of Law and a 1981 graduate of Stanford University. Prior to her appointment as General Counsel in 2007, Ms. Daley served as Vice President and Associate General Counsel, Legal, with management responsibility for the Oracle Litigation group. In leading and working within the litigation group, Ms. Daley participated in and oversaw all business and IP-related disputes, litigation, and investigations worldwide, including matters relating to Oracle’s Compliance and Ethics program and its merger and acquisition legal strategy. She was also active in commercial process and policy review.

As General Counsel, Ms. Daley has remained an active participant in litigation, dispute resolution, investigations, Oracle’s Compliance and Ethics program and commercial policy and practice reviews, as well as working closely with management and the board of directors to provide legal counsel on myriad tactical and strategic issues affecting Oracle’s growing business and the governance issues it faces. Ms. Daley also served as Oracle’s Chief Compliance and Ethics Officer from July 2014 until April 2016, and served as Corporate Secretary from 2007 to 2017.

Ms. Daley has been the recipient of various awards and recognitions, including the 2010 Diversity Gala Award from Santa Clara University School of Law for being a role model for women and minorities in the legal field, and the 2011 Best General Counsel Award (Large Public Company), by the Silicon Valley/San Jose Business Journal and San Francisco Business Times. In 2011, 2012, and 2013 Ethisphere Institute recognized Ms. Daley as one of the Attorneys Who Matter in the Top General Counsel category; in 2012 the San Francisco Business Times named her as one of the Bay Area’s Most Influential Women; in 2012 Corporate Counsel Magazine identified her as one of the Top Legal Officers; and in 2013 she was the recipient of the Santa Clara Law Alumni Special Achievement Award, Honoring Lawyers Who Lead.

In 2015, Ms. Daley was named one of the Women Leaders in Tech Law, and singled out as one of 10 “Power Players” – lawyers who stand out as trailblazers, mentors and advocates for women in tech, by the editors of The Recorder. In 2016, Ms. Daley accepted the National Association of Women Lawyers Challenge Award for the significant number of women in the legal department and in leadership positions; Ms. Daley was named as one of America’s 50 Outstanding General Counsel by the National Law Journal; and Ms. Daley’s legal department was named as one of the Best Legal Departments by Corporate Counsel Magazine.

Ms. Daley serves on the Board of Governors for the Commonwealth Club of California; the Executive Committee of BSA | The Software Alliance, the leading advocate for the software industry before governments and in the international marketplace; the Board of Directors of ChIPs, a non-profit corporation dedicated to advancing women at the confluence of law, technology and policy ; the Executive Committee for the Securities Regulation Institute Board of Directors; and the Santa Clara University Law Advisory Board.

Ms. Daley is married and has two grown sons and feels lucky to have the whole family living in the Bay Area. She splits her time between San Francisco and Santa Cruz where she maintains gardens in her spare time. 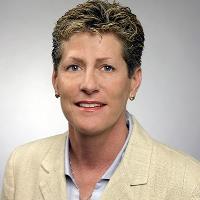