Full Name
Lori Schechter
Title
Executive Vice President, Chief Legal Officer & General Counsel
Organization
McKesson Corporation
Speaker Bio
Lori A. Schechter is executive vice president, chief legal officer and general counsel for McKesson Corporation. She is responsible for overseeing McKesson’s general counsel organization, which consists of the law, public affairs, compliance, brand, marketing & communications, and corporate secretarial functions for McKesson and its subsidiaries.
Schechter served as associate general counsel of McKesson from January 2012–June 2014. Previously, she was a litigation partner at Morrison & Foerster where she represented clients in complex litigation and investigations and served for four years as chair of the 500-lawyer global litigation department.
Schechter was named by the National Law Journal as one of the “Top 50 Female Litigators in the Country,” and in 2020, she was named a Burton “Legends in the Law Award” recipient. The Burton Awards are based on an outstanding reputation in the legal profession and a demonstrated track record of addressing complex matters of national or global significance in a specialized area. Schechter received her B.A. from Cornell University, and her J.D. from Yale Law School. Schechter has served on the Boards of the following non-profit organizations: Legal Aid at Work, the National Center for Youth Law, and the Foundation for Opioid Response Efforts.
Speaking At
GC Female Leaders
GC Female Leaders - Networking 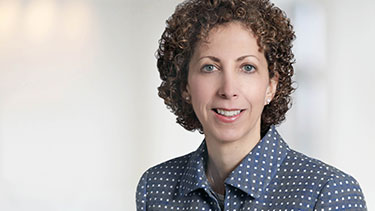